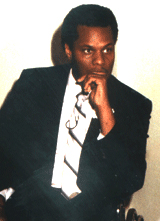 The vision for this ministry has become a life-long quest and companion for me as I wait for full manifestation of the promises of God for Green Pastures. As a young wife, I was privileged to witness God’s transforming power of destiny made available to my husband Ronald, through vision.  The vision for Green Pastures Christian Ministries, Inc. was given to him in 1975-76. God always gives specific instructions to the visionary in order to fulfill His will.

You begin to expect the Shepherd to guide you, and you rely on the Holy Spirit to map out the appointed route. Although there may be delays and detours, you can be assured that there is a final destination to the vision. I encourage you to follow the Shepherds lead. Write the vision and make it plain so that those who read and hear it may run (Habakkuk 2:2). The vision will speak and not lie. It will increase your faith, and those who labor with you. God Bless!

Green Pastures Christian Ministries, Inc was birthed in the spirit of Ronald Earl Gunby in 1974, as God turned a personal tragedy into a triumphant blessing. Ronald had been shot three times in a domestic violence altercation that left him in a wheel chair. As a result of the prayers of many, Ronald Gunby began to seek to understand Jesus Christ. His wife, Collette Lewis Gunby, began to minister to him through the 23rd Psalm. He accepted Jesus as his Savior in late 1974. Ronald being a vigorous and passionate man in all pursuits was no less passionate in his search to understand this strong, powerful, but loving Jesus. He wanted to know all about Him, the living Word.

In 1975, the desire to understand his Savior lead Ronald E. Gunby (bound to a wheel chair, yet active and successful) to withdraw to the back part of their modest home on Juanita Street in Decatur, Georgia, for two years. Determined to remain there, seeking to understand God, His Word, and to receive instructions from Him, he ran his insurance business from the window in the bedroom. His insurance business was successful, and clients continued to call. He supported his family by selling insurance; meeting with clients by telephone; and passing a key through a window in his bedroom so that they could enter the home. During the two-year withdrawal, he literally ate the Word of God. Ron shared his excitement, and the mysteries that God was sharing with him, with his wife and small children. His excitement for God was contagious. The family came to understand this new husband and new father and was excited about what God was doing to him and through him. 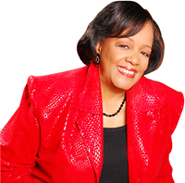 On March 15, 1979, final papers were signed to incorporate the ministry. As the Ministry/Bible Study met, one person in attendance suggested that this was truly a church. The first offering was received in 1979. On April 2, 1979, the Lord led Pastor Ron to form the church, which made the sixth part of the ministry. The church has been worshiping the Lord since that time under the name of Green Pastures Christian Church. On September 1, 1981, the Lord led Pastor Ron to start Green Pastures Christian Schools.

The 23rd Psalm is the bedrock Scripture by which the ministry was inspired. The first three verses of this Psalm are the distinguishing characteristics of the ministry. The massive growth required the church to move to a new location. In September of 1981, the congregation settled at the Save Inn Hotel on Candler Road, in Decatur, Georgia. The Holy Ghost not only ministered to those in attendance in the meeting room, but also to those in the hallways, the restaurants, the grounds, and even in the bar. Needless to say, the impact of these bold, Spirit-filled, energetic Christians began to affect the other business of the hotel, and the Church was asked to leave.

The Church then moved to the Ramada Inn, on Ember Drive, In Decatur, Georgia where we remained for approximately one year. The church was asked to leave by the establishment on the Sunday before Easter. The kingdom of Satan was being greatly affected and he was angry. God opened a door and provided space at a local office complex, located at 2962 Ember Drive. In early 1982, Green Pastures Christian Ministries, Inc., with six full-time staff members, occupied approximately twenty five hundred square feet of converted office space. Eventually, the ministry expanded to operate in the total building of nine thousand square feet. The school grew from two to nine students in 1982. God moved mightily in Green Pastures, and in 1986, more than 700 members had joined the Church. The school had grown to 100 students.

Pastor Ron began to have the members believe God for a permanent facility for Green Pastures. After much prayer, the church pursued the purchase of a building. The location at 5455 Flat Shoals Parkway was identified as the next home for Green Pastures Christian Ministries. This time we contracted to purchase a 1000 seat church. No longer would we be bound by a borrowed facility and leasing rules.

On Friday morning January 17, 1986, Pastor Ron Gunby was rushed to the hospital, seriously ill. On the following Sunday morning, God had Pastor Collette to kneel at the foot of her bed and experience His anointing as never before. God placed a covering over her and His presence was so great that she did not want to leave her bedroom. That Sunday morning, the Holy Spirit moved through her as never before. Many were healed and delivered. On January 19, 1986, at 5:00 p.m., Pastor Ronald Earl Gunby went home to be with the Lord. Pastor Collette L. Gunby, out of obedience to God, accepted the position as Senior Pastor of Green Pastures. She asked God for His triple anointing, and God granted her request.Â  Pastor Ron’s death was an opportunity for Pastor Collette Gunby, a thirty-five-year-old widow, to decide to either go on for God or to give up. Pastor Gunby chose to go on! She along with her 16-year-old daughter, Kelley and her 11-year-old son, Douglas decided to fulfill the purpose for which they were created.

One week after the death of her husband, Pastor Collette Gunby sat in a meeting with a financing institution responding to a barrage of questions designed to determine if this young congregation would be funded to purchase 1.3 million dollars in property. She went into the meeting trusting God for a miracle. The Holy Ghost rose to the occasion, and the lender decided to accept the application for funding. God Did It! After many meetings, Green Pastures was able to purchase a 1000 seat sanctuary on nine acres, in addition God added for good measure, a 42-acre retreat property which includes an eight acre lake and a brick house. One year later we purchased five houses across the street from the church and three acres adjacent to the church were donated in the memory of Pastor Ronald Gunby. Pastor Collette Gunby continued to encourage the flock that God had entrusted to her care. In October 2006, Douglas Gunby was ordained Pastor of Green Pastures. God is seasoning this 2nd Generation Oracle to speak to the masses in simplistic terms which compel audiences to come to Christ.